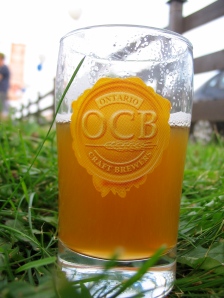 When I tell people that a big hobby of mine is craft beer (writing and drinking mainly, but also bathing in it occasionally), the question they are most likely to ask is, “What is craft beer?” This is a tricky question and one that is hotly debated to no real conclusion. It is actually something I hadn’t given much thought to until recently – it was something I had a picture of in my mind, but never had needed to put into words before. Wasn’t it all just something we could taste? Turns out that is an extremely naive and simplistic approach. Trying to find an answer to that question that satisfies everyone is actually quite difficult.

A number of different factors can be used when trying to define “craft beer” (just imagine those word with quotes around them for the rest of the article), with valid arguments to be made over the importance of each component. Output, ownership and brewing methods are the big three components that most people discuss when trying to define a craft brewer. The Brewers Association in the US defines a craft brewery as one that produces 6 million barrels of beer or less in a year (recently increased from 2 million barrels a year), less than 25% of the brewery is owned by another acoholic beverage industry member that is not a craft brewer, and either their best-selling beer is all malt or 50% volume in all malt/adjuncts used to enhance flavour (rather than lighten). Read that a couple of times to make sure it sinks in. A number of concepts are also listed in relation to craft breweries (use of traditional ingredients except for innovation, giving back to the community), but these are not explicit qualifications to be a craft brewery. Numbers define a craft brewery without any talk of quality.

Things are a little trickier with the Ontario Craft Brewers. Tradition is often repeated in their philosophy, pledging to make beer with all-natural ingredients and without additives or preservatives. One interesting point is that all beers must be brewed to final gravity and not diluted, meaning that you can’t water down your beer. No mention is given to how much beer a member can produce or the ownership of the breweries. They are a band of small breweries, but small is undefined, as is “small batch brewing.” Their philosophy promises that “taste and quality are always at the forefront,” but there are no guidelines in place to make sure that this is the case. And what to do with Ontario breweries like Steam Whistle, Amsterdam and Duggan’s that are not part of OCB? Can we not call these craft brewers? The end result is that the OCB is more of a marketing and lobby group, rather than one that strictly denotes how the phrase craft beer can be used in Ontario.

Let’s get the government involved to muddle the picture even more. The provincially run Ontario Craft Brewers Opportunity Fund qualifies a craft brewery as one that makes less than 300,000 hectolitres of beer a year (in comparison, those six-million US barrels of beer calculate to around seven-million hectolitres!). But then to be eligible for other tax breaks a microbrewery cannot have worldwide production over 50,000 hectolitres (note: the provincial government uses the term microbrewery here, so I have matched it instead of using craft brewer). The federal government has their own understanding about what constitutes a craft brewery. Their excise duties for small and mid-sized breweries gives rates up to 300,000 hectolitres – anything above and a brewery must pay the full duty. Other sources say the federal government has a limit of 150,000 hectolitres for the status of a microbrewery, but I could find nothing to confirm that. Essentially, different numbers are put out by the various levels of government just to confuse matters even more.

How does actual production compare to these government limits? Let’s look at Steam Whistle, one of Ontario’s largest independent breweries. Their pilsner is sold in multiple provinces and is available widely through Ontario, both in bars, the LCBO and Beer Store. Sybil Taylor, Communications Director for Steam Whistle, says they sold 52,700 hectolitres last year, putting them just over one of the Ontario tax breaks but well under all other government limits. As stated before, they are not part of the OCB, but most people would consider them a craft brewer. They are active in the beer community, promoting themselves and the idea that beer needs just four ingredients (five if you count love). They have a philosophy that about more than just the bottom line.

One aspect that really hasn’t been addressed so far is the notion of quality. Not all craft beers are made the same, even though a lot of microbreweries wouldn’t want you to know that. My issue with the definitions put forth above is that the do not take in account the final product, which makes it hard to call someone a craft brewer when their skill is not in question. Nothing is worse for craft beer than having bad breweries out there advertising themselves as craft brewers. But taste is subjective, so how do we implement a system where the actual beer can be used to gauge the worthiness of a craft brewery? Do we have BJCP-certified judges do yearly checks or random spot checks? Call me a pessimist, but that’s not happening. Think about the Schneider & Sohn brewery in Germany, makers of fine weiss beers. They are a large brewery that has massive exports, but how can you not call them a craft brewer? Is the notion of a craft brewery simply a North American concept, or can it be applied to foreign breweries? Still more questions without answers.

For now I’ll be sticking to my informal system: if it tastes good, then it is craft beer because some skill and thought went into making that delicious brew. (Yes, my assumption here is that Molson or Labatt’s will never make a beer good enough for me to deem a craft beer.) Researching the output of each brewery and their list of ingredients is too hard and time consuming, while constantly worrying about these issues takes the fun out of drinking. If a microbrewery makes bad beer, then they are a microbrewery. The designation of craft brewery has to be earned and must be treated with respect.

Because all microbreweries are not created equal I’ve started to split up the Ontario into tiers. Tomorrow I’ll post my criteria, then start on the tiers next week.

This entry was posted in Thoughts. Bookmark the permalink.